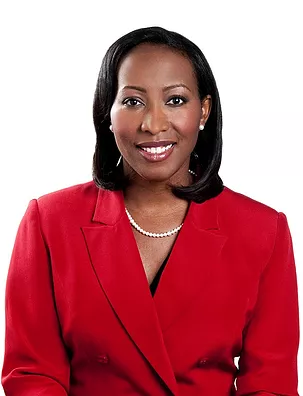 Besides her role as COO, she lobbied and provided guidance to local, state and national politicians on housing issues that affect America’s middle class and the poor. Her position as Director of External and Government Affairs for NACA, took her around the nation to meet with stakeholders and lawmakers.

Detria Russell managed all operational aspects of the non-profit. During her tenure, the non-profit increased its lending portfolio by more than $3 Billion. Hundreds of staff members relied on Mrs. Russell to lead and motivate them as NACA led the nation in providing affordable homeownership assistance. In housing circles, Russell became a household name in Washington and other parts of the country.

Although her professional career has always centered around improving the lives of others, it was not always the housing industry where she chose to do her best. Russell knew you didn’t have to be a doctor to cure someone’s illness. How a medical staff complimented doctors was important to a patient’s well being too. That’s why she was in healthcare for ten years. She trained nearly two thousand hospital employees in patient support and customer service skills. She quickly became Assistant Vice President of Georgia’s academic medical center, Medical College of Georgia Health, Inc.

Working on ways to improve the community around her has always been a passion of Russell’s. Those roots are traced back to her days as an undergraduate at Spelman College in Atlanta and as a graduate student at the University of Arkansas at Little Rock. Her volunteer efforts with local high school students and teenagers at-risk have left a positive impact on both places. It also equipped her to become a future leader in the business community. She was awarded Volunteer of the Year, by the Alpha Kappa Alpha Sorority, Inc.; in addition to the Pine Bluff Arkansas Branch NAACP’s “Member of the Year”, she was awarded one of the University of Arkansas at Pine Bluff’ “Trailblazers for the New Millennium.” The Georgia Times also named Russell as one of the “Young Gifted and Black”, members of society. And the Georgia Chamber of Commerce named her as one of the “Top 40 under 40,” in Georgia Trend Magazine.