“Heritage to Horizon to Higher Ground”

Ebenezer Baptist Church is an urban-based, global ministry dedicated to individual growth and social transformation through living in the message & carrying out the mission of Jesus Christ.

Ebenezer Baptist Church in Atlanta, Georgia was founded in 1886 during the Reconstruction Era in the South. The Rev. John A. Parker, born into slavery, was the founder and first pastor. The original church was a box-like structure on Airline Street, NE. The Rev. Adam Daniel Williams succeeded Rev. Parker on March 14, 1894. One of his first achievements was to add approximately 65 members to the church during the first year. His next achievement was to build a church on McGruder Street. That church later became known as Mt. Pleasant Baptist Church.

The membership moved from there to Bell and Gilmore streets. From there the membership worshipped in a storefront structure at 444 Edgewood Avenue from 1912 to 1914 while the basement of the structure of the building now known as the Heritage Sanctuary at407 Auburn Avenue was under construction. In 1914 the congregation moved into the basement of that facility and in 1922 the sanctuary was completed. Adam Daniel Williams married Jennie Parks and their daughter, Alberta Christine Williams, married Martin Luther King Sr. To this union were born Christine King Farris, Martin Luther King Jr. and Alfred Daniel Williams King. Washington High School, the first high school in Atlanta for African Americans, was built in 1924 through the persistent efforts of Alfred Daniel Williams.

The Rev. Martin Luther King Sr. led the successful effort to equalize teachers’ salaries in Atlanta and was instrumental in getting African-Americans registered to vote long before the Civil Rights Movement. In 1960 the Rev. Martin Luther King Jr. joined his father as co-pastor of Ebenezer. It was through his worldwide prophetic ministry that Ebenezer developed a new ecumenical and international posture. The Rev. Alfred Daniels Williams King, as co-pastor, founded Ebenezer’s Children’s Chapel in 1969, dedicated to the spiritual enrichment, biblical education and oratorical training of young people ages 5 through 12. In 1971, the Rev. Dr. Otis Moss became the third co-pastor of Ebenezer.

When the Rev. Martin Luther King Sr. retired in 1975, after 44 years of service, The Rev. Dr. Joseph Lawrence Roberts Jr. began his ministry of outreach, uplifted faith and stewardship as Ebenezer’s fourth senior pastor. During his 30 year tenure, more than 2,000 members were added to the church. Of his many accomplishments, most notable is the building of the Horizon Sanctuary, which was dedicated in 1999. He launched expansive community-oriented programs, including a teen mother ministry, a tutoring program, counseling, a senior’s day care center and a food cooperative. Ebenezer’s Adult Day Care and Rehabilitation Program was instituted in 1976. It became incorporated as a nonprofit health and social agency in 1986, changing its name to Intergenerational Resource Center. It continues to provide recreational day care to the disabled and to senior citizens.

Standing on this firm foundation, the Rev. Dr. Raphael Gamaliel Warnock began his pastorate of Ebenezer on October 1, 2005. Dr. Warnock is a pastor with deep scholarly interests and a liberationist understanding of the gospel. Moreover, he comes with rich experience in urban ministrycontexts, having served as associate minister of Birmingham’s Sixth Avenue Baptist Church, assistant pastor at Harlem’s Abyssinian Baptist Church and senior pastor of Baltimore’s Douglas Memorial Community Church. His dedication and commitment to the teachings of Jesus Christ and concern for the community provide a holistic ministry perspective on the work of the church. This is setting the tone for a ministry that evangelizes the sinner, champions th e work of social justice, embraces the arts in worship and lifts up the name of Jesus Christ in bold and creative ways. With soul stirring sermons and great vision, Pastor Warnock has picked up the mantle and is leading the Ebenezer family to a new phase: From Heritage to Horizon, From Horizon to Higher Ground. Under Pastor Warnock’s leadership, the congregation is pressing toward the high mark, which is Jesus Christ. 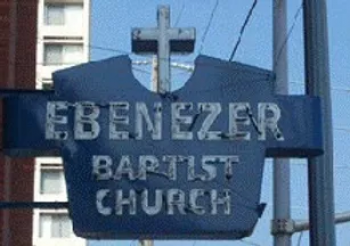 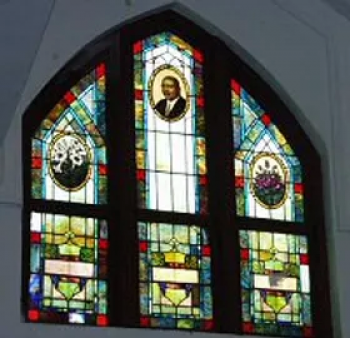 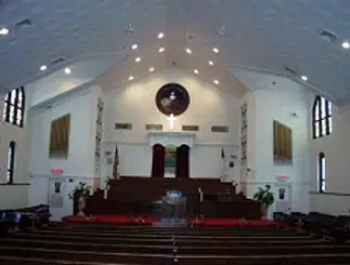 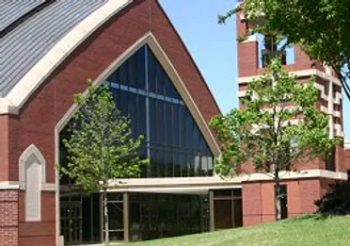